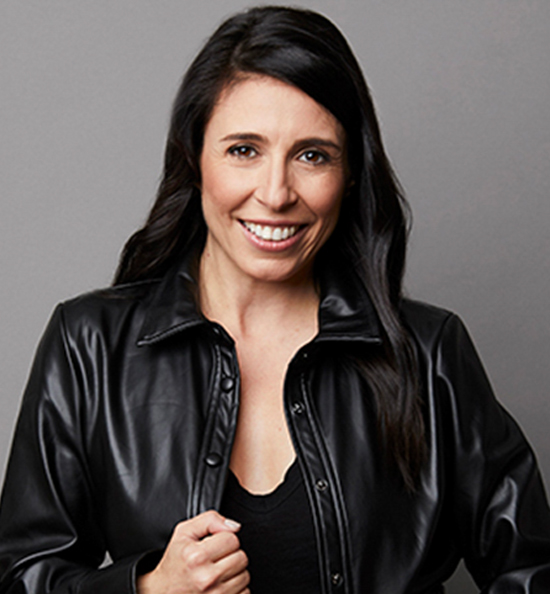 As the founder and artistic director of Montreal’s premiere triple threat arts studio Danse 1…2…3, creator of highly acclaimed online training programs at Triple Threat Academy, host of the hit Industry Talk podcast, and author of an Amazon’s #1 New Release self-help book with an International audience, Connie has helped numerous artists to dream big and back it up with a meaningful action plan to create results.

With her inexhaustible energy and bottomless well of creativity, she is known for giving her students the reality check they need to achieve the goals they want.

Her students say that she “Makes things happen” by bridging the gap between maximizing their creative potential and being career savvy. Many have performed in big production lines, some got leading roles in movies and television series, while others are enjoying the professional tour life with companies. One artist even called her, “the best investment of her career.”

“The journey of life is a never-ending performance” ~Connie Rotella

Connie has been dancing, teaching, choreographing and directing professionally for the past thirty years, working in different styles of dance and performance, on film, television and stage. Her insatiable thirst for learning has taken her professional training journey from Montreal to Toronto, and to participating in numerous dance workshops in New York and Los Angeles… all while touring, earning a Business degree, raising her family, and managing her dance studio.

Connie believes that if you step up and bring your whole self on set,
you will not only thrive in today’s industry, but achieve your biggest dreams!

This philosophy, a persistent amount of hard work and a passion for making the impossible possible have led to wonderful milestones. Such as: Working closely with many well known French artists for their upcoming tours, video-clips and television appearances, and with casting agents for commercials, TV shows, movies and music videos. Connie has also worked in many International touring productions such as The Musical Revue “Danse-Sing” and Il était une fois un Cabaret, where she contributed to the production for over 10 years as the assistant director, choreographer and performer.

Recognized as an expert in the entertainment industry, Connie has been asked to participate as a guest judge on Le Match Des Étoiles on Radio-Canada, and in ‘Dancing with the Stars'. She was the first Canadian to give a theatrical workshop to the contestants of Season 3 of So You Think You Can Dance, Poland. She choreographed and staged a scene for the Hollywood movie, White House Down, and choreographed a piece for Linda Sorgini in “Judy Garland, la fin d’une Étoile.

Connie has added to her baggage of expertise by directing and producing hit shows such as Forever Broadway, Musical Show Off, Panto, and many others with her production company BronCon since 2010.

With her career growing strong and many triumphant performances and successes in her professional life, Connie experienced devastation when her son was born with a heart malformation and needed open heart surgery. Today he is living from this passion and enjoying the industry in acting, singing, dancing and playing piano making him a quadruple threat.

Through this, she became stronger with a deeper zest for life and creativity which led to a major success in Connie’s career that holds a special place in her heart, ‘The Heart of Life Production,’ a story expressed in voice and movement, inspired by the miracle that saved her son’s life. A production that brought together an entire community of people going through the same situation, giving them a sense of hope.

"Having found this treasure in life, I want you all to find yours. It’s my goal.” ~Connie Rotella

Connie continues growing her business and network to serve many aspiring artists, building a connection on that same solid foundation of love, a passion for what’s possible, and a commitment to making their dream career come to life. A career that’s one-of-a-kind and exceptionally tailored to them.

Producer
"So moved and impressed by the Show Awakening at Theatre Desjardins. So proud of our amazing Montreal women Connie Rotella and talented and performers who gave it their all! It was truly a magical show. This is the calibre of talent Montreal is made of - now it’s time to give this talent the time of day! Critics, publicity, love, support and appreciation! So much hard work goes into a show like this, and you guys nailed it!"

Danse 123 - Parent
"The decision to register My daughter in dance so many years ago turned out to have such an impact on the trajectory of our family life. Every year I feel more and more proud to see our girls on stage. I just wanted to express my gratitude for you and for all the creative work that goes on. The studio has truly been a blessing to Paul and our family, as we watch him grow and express himself through acting!"

Musical Director
"Connie Rotella's energy, passion, and warmth are infectious and you feel it as soon as she walks in a room. She is a talented, kind, and extremely hard-working professional who always puts her students first. Mentorship and the future of our industry are her top priorities."

Producer
"Connie, I cannot thank you enough for taking the time out of your extremely busy schedule to help us arrange a troop of fantastic dancers who performed at our show Thursday. I just love the choice of music and dance performance that accompanies our campaign video. The feedback has been amazing. I was so proud of your team they did an incredible job! "

International Singer and Impressionist Entertainer
"I have worked with a lot of talented and passionate people over the years in my career, but working with Connie is an absolute privilege. Her energy, passion, and love for theatre, dance, and music are outstanding. I hope to continue working with her for years to come! "

Talent Agent
"They are no words to express the joy, happiness and love that yesterday’s show gave me… I’m still in awe over how everything came to be. It was like being on a cloud! Connie, you bring so much joy and passion in the things that you do and in people lives … you truly are an Angel!"

The best version of you starts here!

book a 1-on-1 Consultation